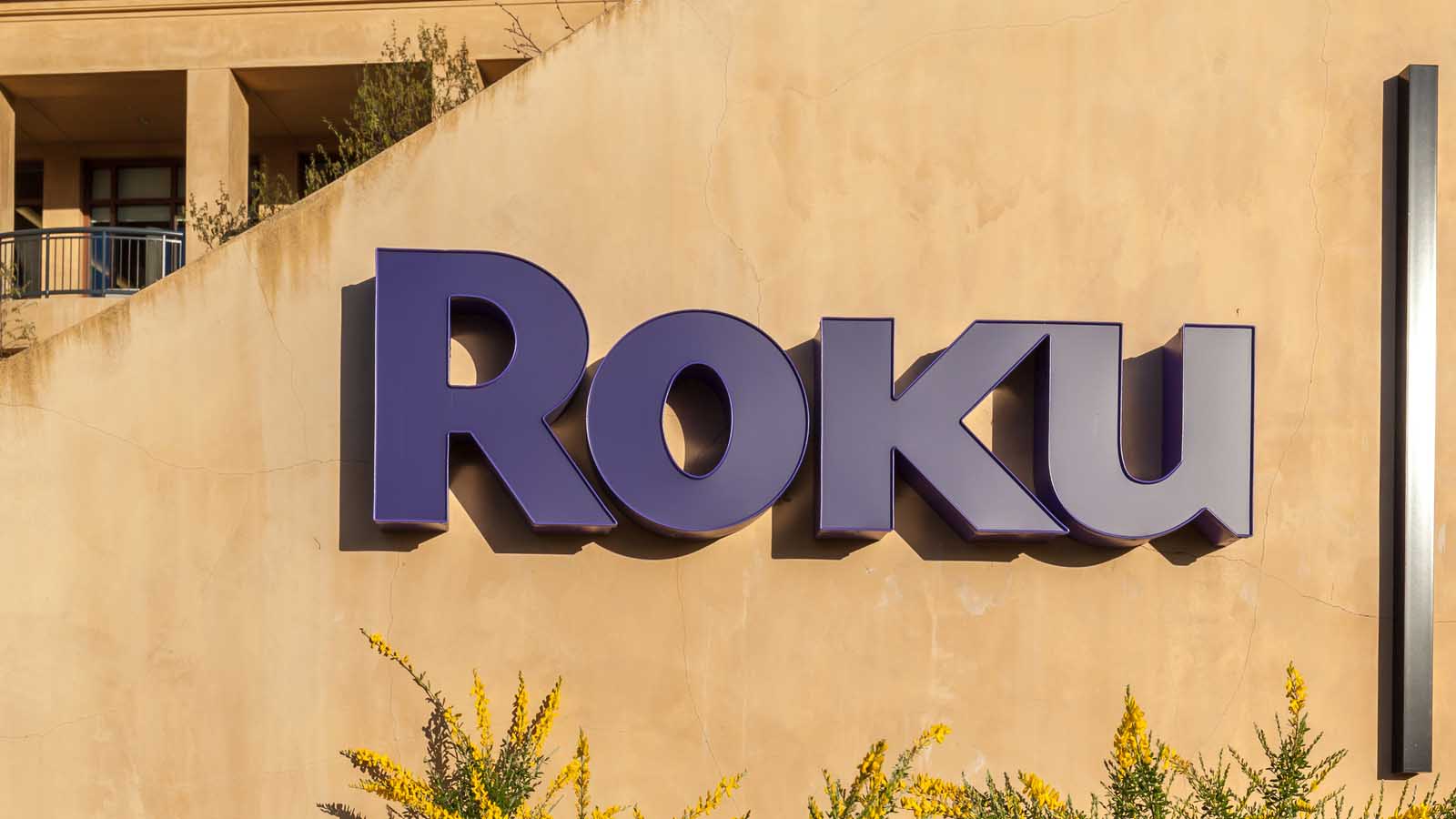 After a nice rally in early summer, Roku (NASDAQ:ROKU) stock fell apart midway. Since its August highs, ROKU lost 45% of its value. Moreover, technically there’s potentially more downside from here. But, today my message is positive overall. This is a stock to own for the long term.

Meanwhile, investors should consider staying cautiously optimistic on it. The technicals are somewhat bearish but it’s only temporary. If the indices continue their rally, ROKU stock fans will defend and hold support.

Fundamentally, this is a completely new company than from two years ago. Current revenues are twice larger than 2019, and five times that of 2017’s. Moreover, they are on pace to flow $290 million in net income.

Clearly management is doing a fine job carving its niche in this new market.

ROKU Stock Is Worth It

Valuation is still reasonable in spite of its rapid growth. Actually, because of its rapid growth the price-the-sales remains low at 15. Critics could pick a fight with its 3-digit price-to-earnings. However they would be wrong, because what matters most is growing the top line. Better profitability can come later once management decides it wants it.

This is what Amazon (NASDAQ:AMZN) did for 10 years and its critics were also wrong all the way. I was a bit harsh on ROKU a few years back, but then they delivered the growth. Once I saw that they are taking advantage of the situation, the story turned clearly bullish.

Roku is now benefiting from the streaming trend. Netflix (NASDAQ:NFLX) laid down the groundwork, and Roku is capitalizing on the opportunity. In all fairness, they did a lot of work to position the company well. All other major media companies are also adapting to this new world of media dissemination.

In our household we cut the cord a while back and there is no chance we go back. The whole world is now pursuing streaming media, and Roku is in the thick of it. Anyone shorting this concept is in full denial of what is happening. This is not a fad, because this trend is to continue unless we have a zombie apocalypse. Demand is here to stay, so the financial future for Roku looks rosy. 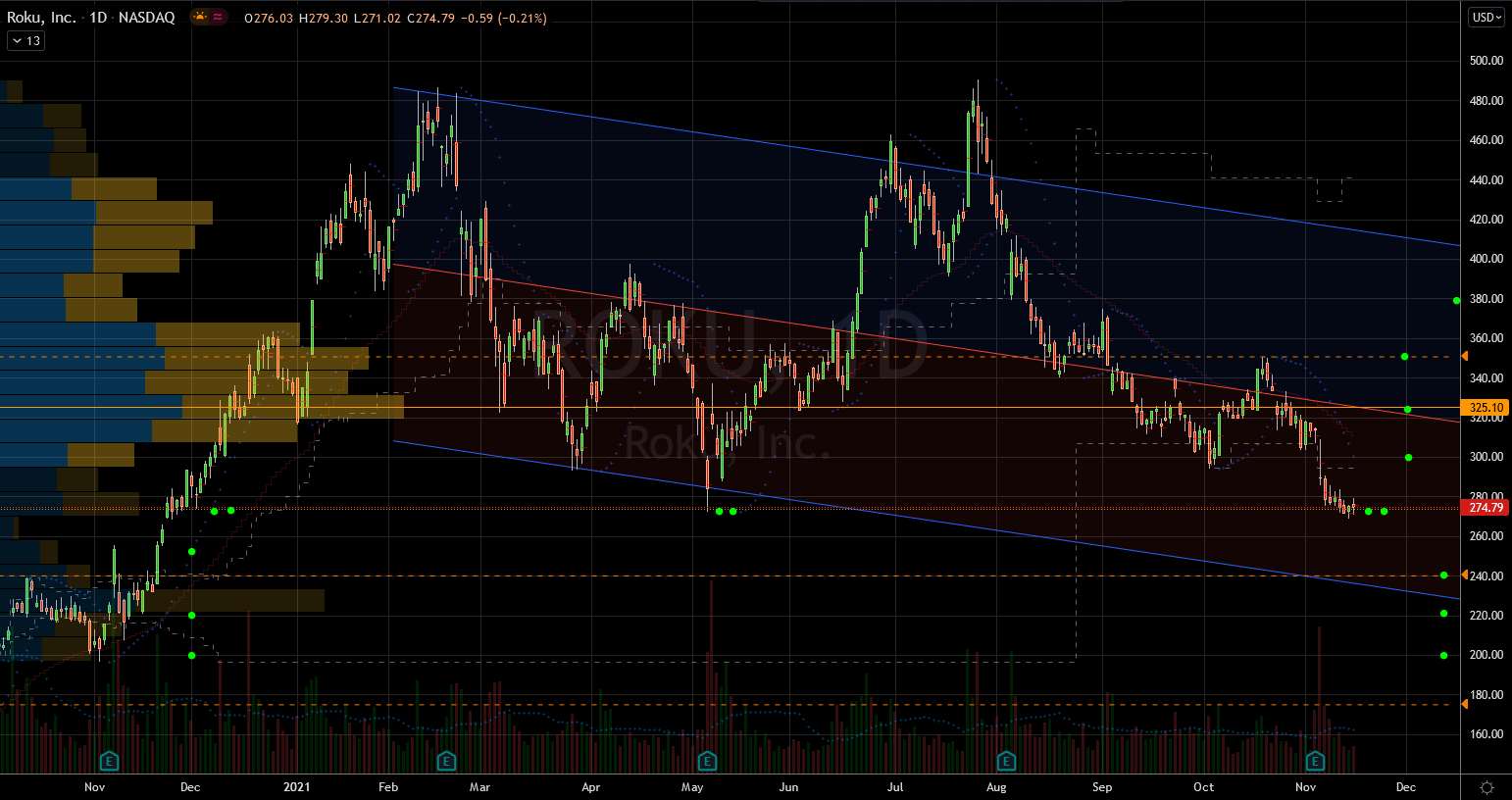 This brings the decision to a matter of timing. The problem is that ROKU moves violently fast in both directions. In the long run it may not matter much, but near term there is a lot on the line.

ROKU has the opportunity to bounce off the $270 support. This was the base for the last two large rallies in a year. One happened in November last year, and the other in May. Each delivered more than 70% of upside. Odds are that if markets hold up this week, ROKU should find buyers to try it one more time.

That was the good news, but here comes the threat. In the event the bulls fail, the stock could move another $20 into its next layer of support. About a year ago, the bulls and bears fought it out around $225 per share. Therefore, I expect them to do it again if the worst case scenario unfolds.

Earlier I mentioned a potential bearish threat to the stock and it comes from above. Once Roku lost $300 per share, it may have triggered a downside scenario that threatens the $200 level. That is not my forecast, but I have to acknowledge it does exist. If I’m long ROKU for a trade, then I should stop out of it if the May support levels fail.

Since I am constructive on the prognosis for the company, dips are buying opportunity. This here is a buy-able level but lower would be even better. Those who decide to sit this battle out can take advantage of the further downside if it comes. On the way back up, there are plenty of resistance levels to note. The first comes at $300, then at $325 and $355 per share. The bulls will have their work cut out for them at each of those levels.

The markets are jittery mostly because of potential rate hikes. This is evident from the price action in the bond market and the U.S. dollar. Eventually investors will come to terms with it, if not the Federal Reserve will step in.

Yes, they’ve done it before, circa December 2018. The stock market crashed into Christmas, and the Fed caved and changed its policy. This is an unlikely scenario now, but it’s good to plot out all the possible outcomes.

Just so there is no confusion, headlines aside, Roku stock is one to own for the long term. It culminates the bullish thesis from Netflix, Disney (NYSE:DIS) and all the other streaming companies. It as an aggregator of content, therefore agnostic of who wins.

On the date of publication, Nicolas Chahine did not have (either directly or indirectly) any positions in the securities mentioned in this article. The opinions expressed in this article are those of the writer, subject to the InvestorPlace.com Publishing Guidelines.

Nicolas Chahine is the managing director of SellSpreads.com.